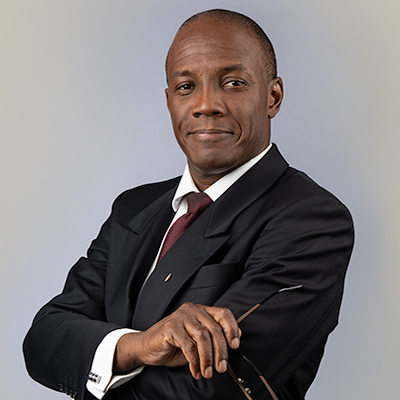 Ian L. Benjamin was appointed to the Republic Group Board of Directors in 2016.  He is a career advocate attorney with more than 30 years’ experience in practicing and teaching law in Trinidad and Tobago, the United Kingdom, and Australia and is the current Head of Bethany Chambers, Port of Spain, Trinidad.
A well-regarded practitioner in banking, financial regulation, company, insolvency, insurance, pension, and tax litigation, construction disputes, professional negligence, and constitutional motions, Mr. Benjamin served in the Office of the Attorney General of Trinidad and Tobago and has held several teaching posts at the University of the West Indies, Trinidad and Tobago, the University of Sydney, Australia, and Kingston Polytechnic, England.
A Certified Mediator and a member of Chartered Institute of Arbitrators, Mr. Benjamin holds an LL.M (First Class Hons.) from the University of Sydney, Australia; and LL.M. (Upper Second Class Hons) and a B.A. (First Class Hons in Law; Upper Second class Hons. in Land Economy) from Girton College, University of Cambridge, England.  He was admitted to the Bar of England and Wales (1988), Trinidad and Tobago (1989), Dominica (2008), Grenada (2013) and Anguilla (2016). He was appointed Senior Counsel in June 2018.
Mr. Benjamin has served as a frequent case note contributor to The Lawyer, and has published papers on Professional Negligence (1994); Consumer Protection (1995); Managing the Risk of Fraud: What Now for Caribbean Insurers (2007); and Adverse Possession (2010).

External Appointments
Mr. Benjamin currently serves on the Boards of Amitaf Investments Limited and Dobs Limited.  He is the Volunteer Chairman of United Way Trinidad & Tobago and Volunteer Director of Foundation for Human Development.